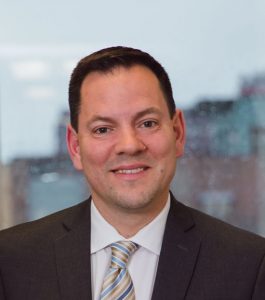 As an experienced, Rhode Island and Massachusetts Family Court trial lawyer, Attorney Rui P. Alves practices before all Rhode Island and Massachusetts State Courts, including the Providence, Kent, Washington and Newport Family Courts. He strives to help his clients get their fair day in court and their proper justice each time he steps before a court of law.  Rui P. Alves is a tri-lingual attorney who is fluent in both Portuguese and Spanish. He learned these languages because he is a native of Portugal but was raised here in Rhode Island.

Rui Alves legal education is from Roger Williams School of Law in Rhode Island. While he law school he also attended the Catholic University of Portugal, School Of Law in Lisbon, where he learned about the legal system of the European Union. His undergraduate education was in Boston at Northeastern University where he obtained a B.S. in Criminal Justice.

Mr. Alves is currently the President of the Board of Directors for the Samaritans of Rhode Island. The organization provides community outreach and education in order to prevent suicide and help those grieving the loss of another to suicide.

Rui has a unique set of legal and other professional experiences that help him in his practice. After law school he spent a number of years with the Rhode Island Judiciary as a Senior Criminal Clerk in the District Court. He spent his days assisting Judges with criminal legal principles and also was frequently helping Spanish or Portuguese speaking defendants by acting as an interpreter. This experience helped Rui better understand the criminal legal process and became the building block to his success in such matters as a practicing attorney.

He has also developed a great understanding for how the police department operates through his experience working with the Boston Police Department. During his time the the Boston PD he was in the Research Division helping to analyze crime patterns. He also spent time with the Massachusetts Criminal History Systems Board assisting State and Federal enforcement agencies with the national and local criminal records databases.

Prior to the pursuit of his legal education Rui was involved in the music industry. He worked with Def Jam Recordings, Columbia Records, Bad Boy Records, and Sony Records to set up venues for concerts for artists and musicians. He also was involved with music magazines, including Mixtape Magazine and Source Magazine.